Home Classic The Shapes of Clouds

The Shapes of Clouds

I remember fondly the idle days of youth when laying on my back in the grass and gazing at the clouds overhead, I would try to make something easily recognizable out of their shapes. We’ve all done it and while I no longer have the time to just lie around and stare at the sky, when I see an unusual cloud formation, I’ll try to place it with something tangible and familiar.

Take this one for instance, which is of the cloud type Flammagenitus, the name of clouds originated as a consequence of localized natural heat sources, such as forest fires, wildfires or volcanic activity and which, at least in part, consist of water drops.

I can see the Stay Puft Marshmallow Man in this, or maybe that old alien Alf if he had his head cocked just so. Check out the following pictures of clouds and see if you think they look like what most people see them as. 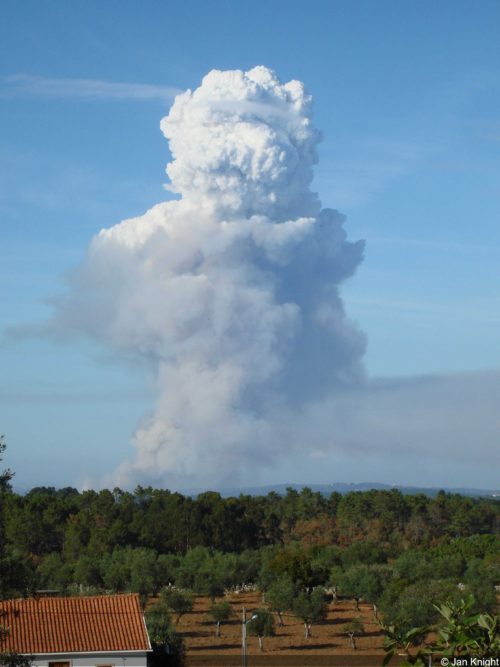 This one doesn’t look like anything in particular to me but when it was downloaded from a group of pictures of clouds that were supposed to resemble dogs. I don’t see that at all. Mighty Mouse maybe. Can you? 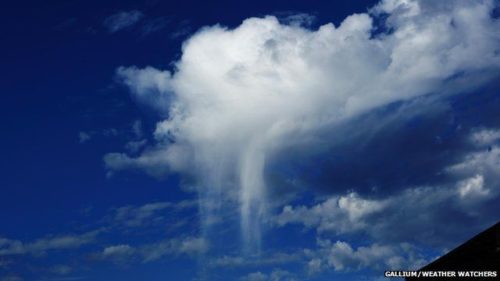 This one I think is quite obvious, but what is obvious to me might not be the same to you. Surely though, you see an angel, right? 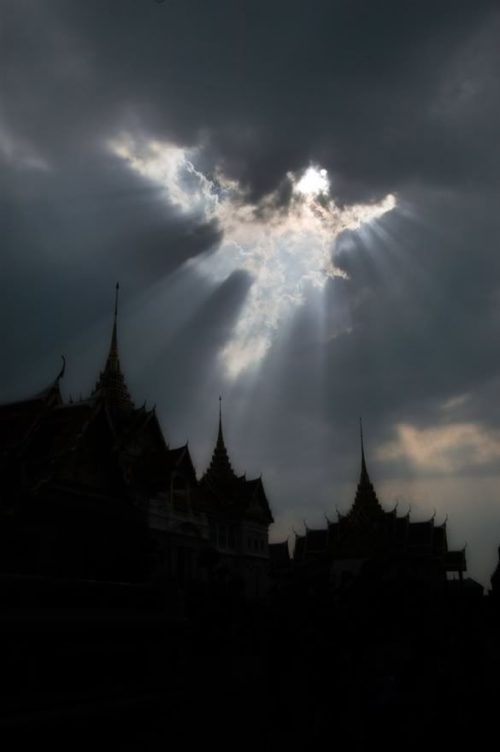 I don’t hesitate a second here. This is clearly a Fairy Godmother, complete with wand. 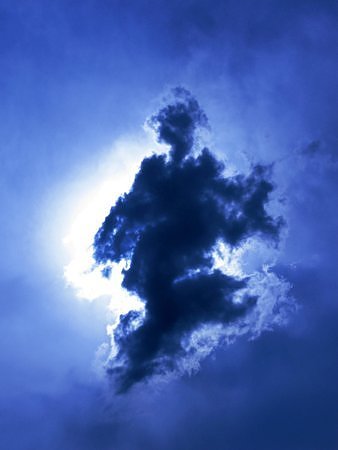 This also came to mind immediately as a lion cub. Or does it look more like a bear cub? 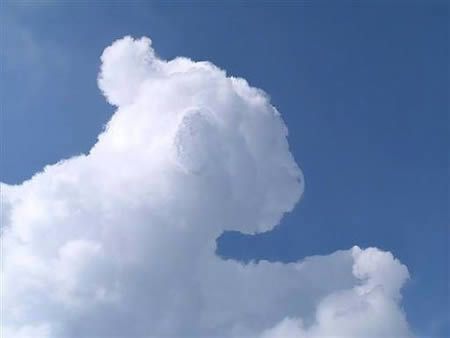 If you don’t see a fish in this image I would imagine you are one of the few who doesn’t. Probably a red snapper. ;

And this? A poodle praying of course! 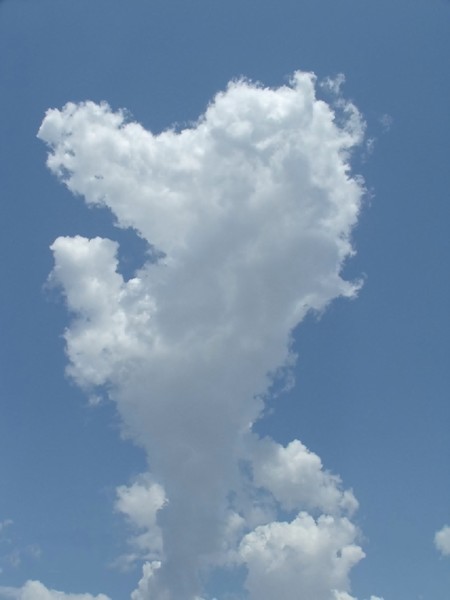 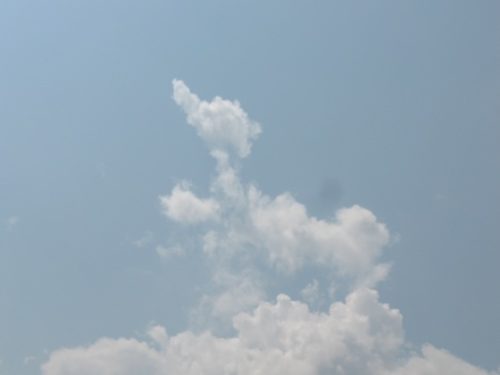 This one is clearly a no-brainer. It looks like a kidney. Right? 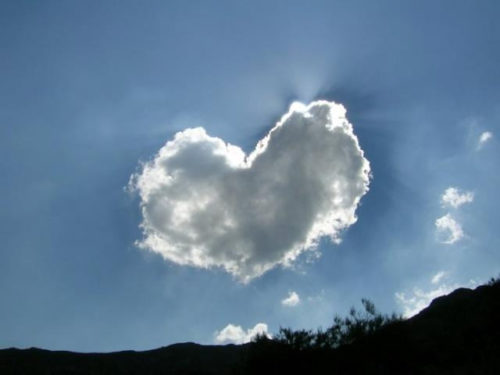 Now when I first looked at this I say a rabbit, but now on second glance, it could be a rubber duck in some child’s bathtub. 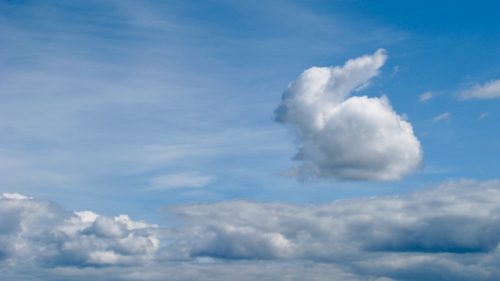 According to the same cloud group of “dogs” as mentioned before this is also supposed to be a poodle. 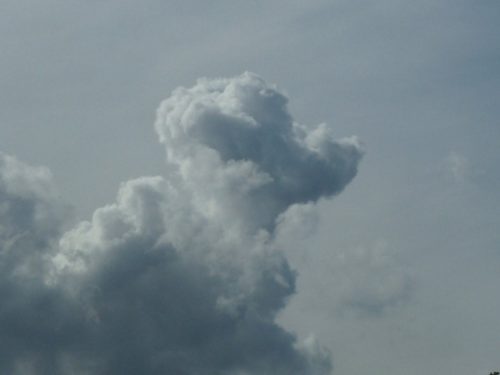 I guess I don’t have to name this one Flipper for you to guess what I think this looks like, or would you say Jaws would fit it better, or something else entirely? 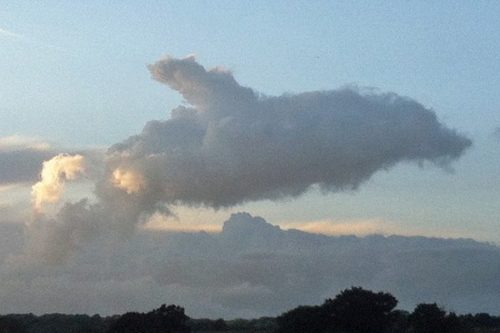 Dumbo without a doubt. Maybe not the giant ears so much, but definitely the trunk. 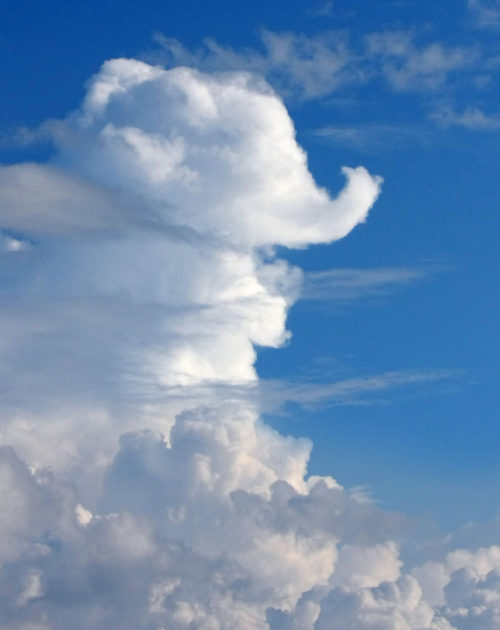 I see a galloping horse and rider here without a doubt but on closer scrutiny, I can also see in the middle area what appears to be a woman placing a hat, or maybe it’s a halo on the rider’s head. 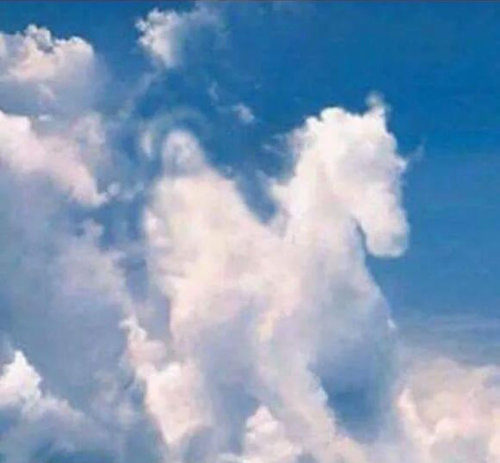 What is your opinion of these shapes and do you agree with the same images I saw? Please let us know in comments if you see something wildly imaginative or even if you agree with what seem to be the most common images seen. One thing I think we can all agree on though is that Mother Nature is a highly gifted artist.